Why go to the hottest state in Australia in a heatwave?

In my case it is because I am an idiot who didn't do her research properly! If I had looked at the temperature forecast (40+c) before I booked my 'non-refundable' flight I would have had second thoughts. Walking around was like being in a sauna and the wind, which was constant, was like the blast from an oven door when you open it to check on your cooking.
Having said that Adelaide is a lovely city and I had a brilliant time. When you fly into Adelaide it looks like a soup bowl with a raised rim of hills surrounding a big, flat, plain of buildings. The majority of these are single storey bungalows or low rise houses and it is only within the one square mile of 'city'' that you get any high rise buildings and only a few of these reach fifteen floors. Most of the buildings within the city resemble Wild West structures and some of them have names to match. 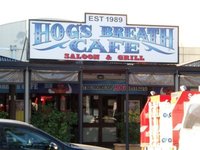 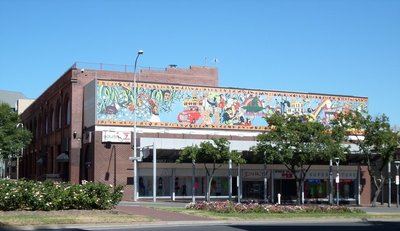 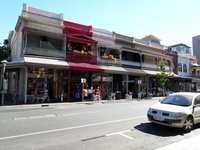 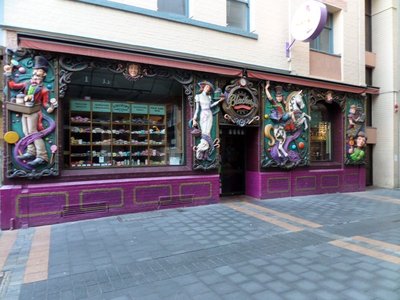 It is a city that likes it's statues and artistic graffiti

and operates a free tram service from north to south

and two free bus services, one which is a City Loop and the other is a small minibus, the 'Connecter' that links South Adelaide to North Adelaide . North Adelaide is host to many expensive homes, shops, St Peters Cathedral 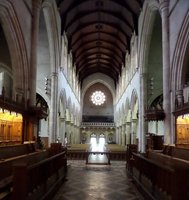 and The Oval with it's famouse scoreboard. 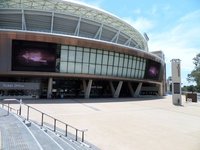 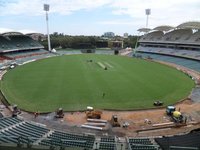 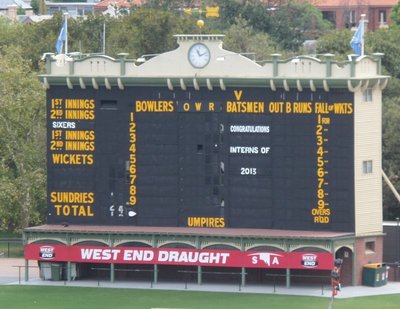 I took a 10AUD tour around The Oval and it was well worth it. It is currently undergoing massive redevelopment and will become an international venue not just for cricket but for football, music (the Rolling Stones are playing there in March) and other major events. Due to the construction work there is nothing going on at the moment so our tour was able to include a visit to the pitch, players dressing rooms, the directors box and board room, the members bar and the TV boxes plus more. There is a really good exhibition dedicated to the life of Donald Bradman and although I am not a follower of cricket I found this a very worthwhile eperience. Also, and despite Richard's predictions, I did not experience any gloating about the fact that they thrashed us in the Ashes.
Of course I had to do the usual museum visit and there were brilliant exhibitions dedicated to Aboriginal life and craft 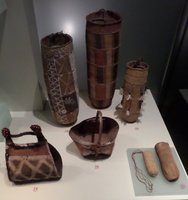 as well as a seriously good Pacific Cultures gallery . 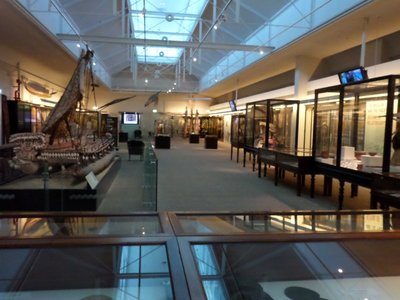 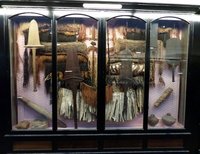 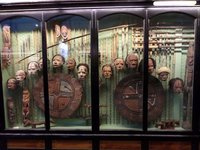 There seem to be several universities represented in the city, South Australia, Adelaide and Flinders and their buildings are all located on North Terrace along with a wonderful art gallery 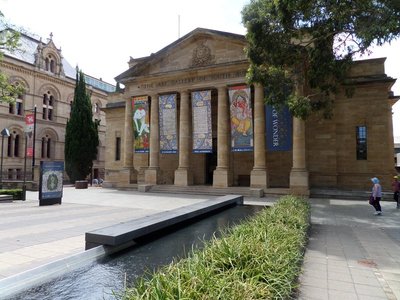 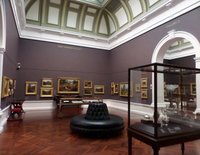 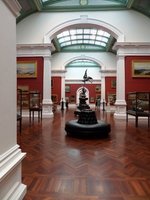 which has some interesting exhibits 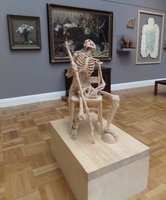 including a 'Stone Circle' made with Cornish stone 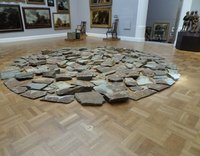 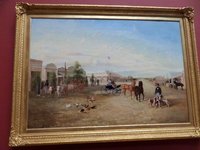 many of them by immigrant English and Scotsmen.
I stayed at the YHA in a six bed female dorm which was perfectly okay except that next time I will take my eyeshades and earplugs. The other ladies were fine but clearly didn't understand the concept of preparing for an early start before they went to bed so lots of zipping and unzipping and flashing of torches, pre-dawn, which was rather annoying. I have got several more trips to get used to it. The accommodation was excellent, beds really comfortable, sheets immaculate and showers/toilets clean and efficient. A very central location, so easy access to everything, and helpful staff.
The Botanic Gardens were small but lovely 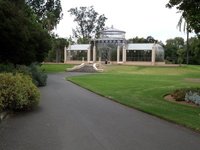 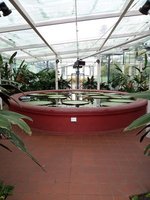 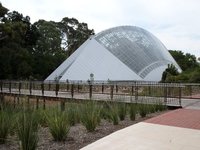 but the Centennial glass house didn't square up to The Eden Project in Cornwall.
On my last day there I went to Parliament House and had a tour round that with a German couple and I was persuaded by our guide to sit in the President's (speaker's) chair in the Legislative Council chamber 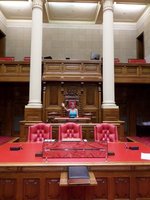 where, apparently, QE2 herself sat during the opening of the original parliament. I tried to my best to give a Regal wave but I'm not sure it was comparable.
Also toured the Migration Museum which has a really good, detailed history of the first settlers (Adelaide was the only Australian city to be completely populated with free settlers rather than convicts) and also of the migrants 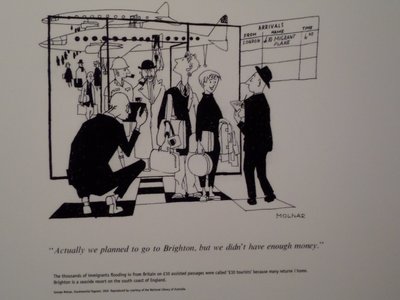 and refugees of successive generations.
My last visit was to Ayers House

Henry Ayers was a Portsmouth poor boy made good who became a very significant figure in Adelaide society and politics and Ayers Rock (Uluru) was named for him after it's 'discovery' by a colonial expedition.
Adelaide is about to host a major cycling event 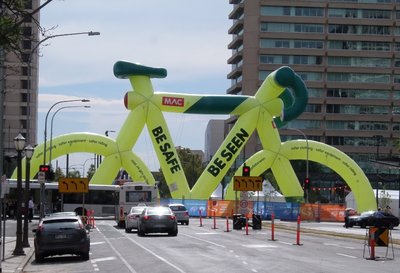 and in March the Adelaide festival, with a fringe list to rival that of Edinburgh, is to take place.
If Sydney is the teenager of the Australian family then Adelaide is the benevolent maiden aunt. Slightly dusty but completely charming and gracious with a generous heart and impeccable manners. Everyone I met was welcoming and hospitable. Australia is definitely not just about The Opera House, The Bridge, Bondi Beach and Uluru. I am so pleased that I had the opportunity to visit this lovely city and can completely understand why Lonely Planet have recognised it as one of the top ten worldwide destinations to visit in 2014.

Adelaide looks amazing, so much to see. The nights in the youth hostel sound familiar - Tom's Field - everyone asleep by 9pm except just a few!
Wonderful to hear all your news and that you are having such a spectacular time. lots of love s x

Jane, sounds like a wonderful time is being had! I envy the heat, it doesn't happen often so make the most of it! All your pics are great, so interesting. x

Thanks for your comments girls. I'm glad you are enjoying the blog. I'm beginning to feel right at home here

I need a lottery win ...Hope it stops raining on you all soon.