Rottnest - premier holiday destination with a dark past

18 kms off the coast of Fremantle lies Rottnest Island so named because the first European explorers to discover it believed it was infested with huge rats. In fact these cat sized marsupials are called Quokkas 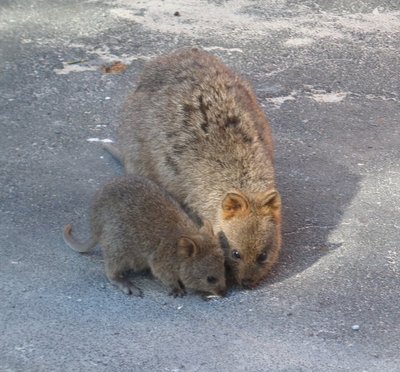 and they are predominantly found in the islands off the Western Australian coast and specifically in Rottnest. The island has an area of 19sq kms (7.3 sq miles) a permanent population of 100 and an annual visitor population of around 500,000. 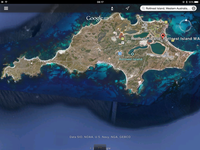 I had a bit of a moral dilemma about visiting this island because I was aware, from watching a documentary when I first arrived in Australia, that it has a shameful history in terms of the Aboriginal people and that full reconciliation has not yet taken place. Eventually I decided that I should experience the place for myself so I took the Rottnest Express Ferry for the thirty minute ride from Fremantle.
There is no unnecessary motorised transport on the island so most of it's visitors explore it by bike hired from the ferry company and picked up at the quay on arrival. The ferry company also operate a guided bus tour, there is a regular bus service, the Island Explorer, that runs in a circuit around the island and which you can get on and off at various stops and a minibus shuttle service operates for the use of resident guests on the island.
I bought a ticket for the Island Explorer and while I was waiting for it to arrive visited the tiny museum. To be fair there is a lot of information about the history of Rottnest which started it's post European inhabited history as a prison specifically for Aboriginal prisoners. These men and boys (some as young as 8) were shackled to each other with neck chains, sometimes for as long as three years, and lived in the most brutal of conditions. 360 Aboriginal prisoners, ten per cent of it's historical prison population, died on this island, their graves are unmarked and the land under which most of them are buried is used as a shortcut to the beach. 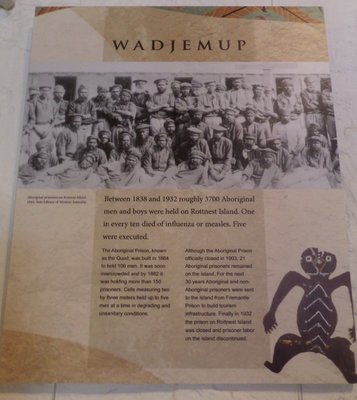 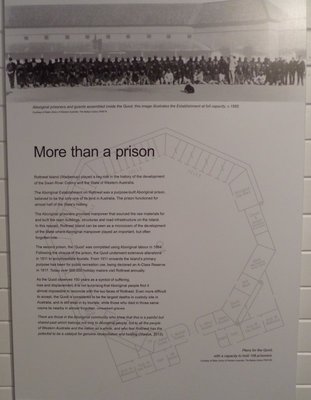 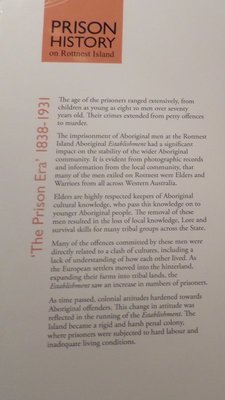 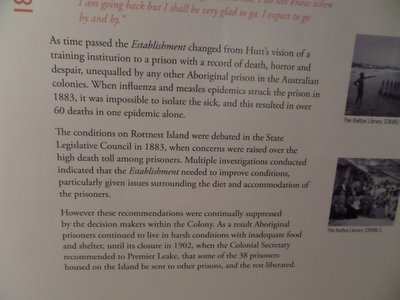 Rottnest Island has the largest unmarked burial site in Australia.
The island is now an 'A' class reserve meaning that it has been given the highest level possible for the protection of it's natural environment but it is also an extremely popular tourist attraction with it's stunningly beautiful beaches and sparkling Indian Ocean water. There is large and diverse range of accommodation with prices for all pockets, it's waters are perfect for diving and snorkelling and you can take boat tours including seal and whale watching. 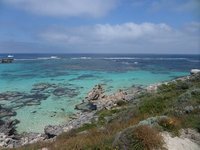 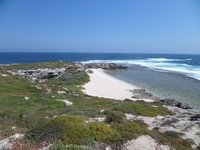 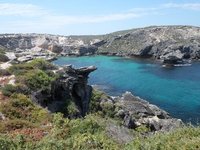 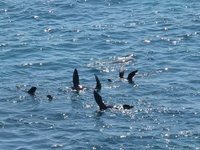 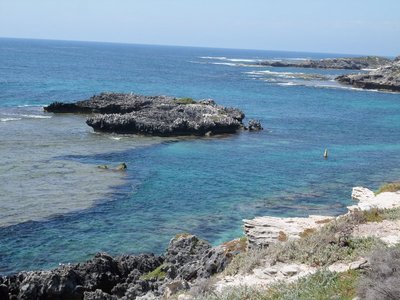 The 38.7 metre (127 ft) Wadjemup Lighthouse stands inland and climbing it's 155 steps (only with a tour guide) will reward you with 360 degree views over the whole island. Most of the island is covered in dense shrub and there are several salt lakes whose shores have now been deemed important bird area. 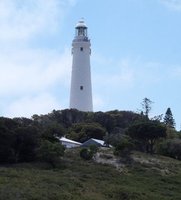 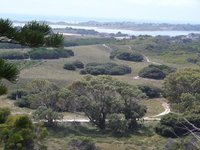 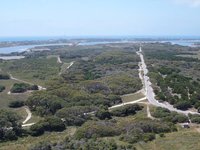 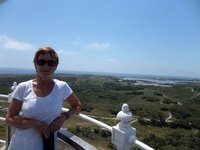 At the end of the bus ride I took a walk around the main settlement at Thompson Bay where there is a 'picture house', a church, an impressive general store, and several other shops, cafes and bars discretely laid out. Most of the accommodation is constructed to look like the original heritage buildings and the old Governers residence is now the Hotel Rottnest.
I can certainly see the attraction of the island as a holiday destination but personally I would't want to stay there and especially not in the Rottnest Lodge which was the infamous 'Quod' and 'housed' the prisoners in such abject and dehumanising conditions. 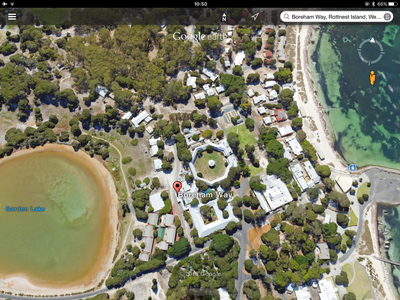 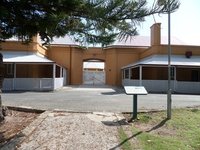