I should have passed on Perth!

Oh dear, so often during this trip I have struggled to find adequate superlatives to describe the places I have visited, sadly, for me, Perth is not one of those places.
Captain Cook Cruises runs three ferries a day from Fremantle to Perth and the one and a half hour trip up the Swan River offers delightful views and the first inkling of just how small Perth CBD is. 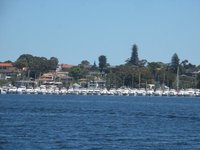 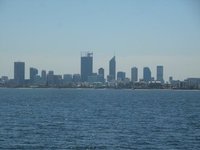 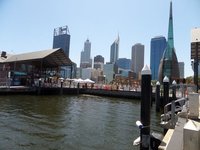 Arriving at Barrack Street Jetty you also get your first inkling of just how much re-development is going on within the city. There are construction vehicles everywhere and getting on one of the free buses that service four routes around the CBD is almost a waste of time because you can walk faster. The Central and Cultural areas of the city cover only about four square blocks so you can very quickly explore all points of interest and frankly there aren't many of them south of the train station. The jewel in the rather tarnished crown of this city is Kings Park and although one of the bus routes goes to this area I decided to walk around the bottom of Mount Eliza and climb the 242 steps of 'Jacobs Ladder' to get to it. Kings Park, at 4.06 sq km (1,003 sq acres) is one of the largest inner city parks in the world and with 2/3 of it being conserved as native bushland it also incorporates botanical gardens and grassed parkland. 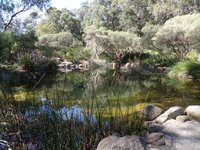 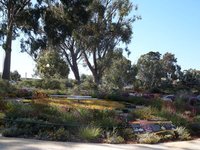 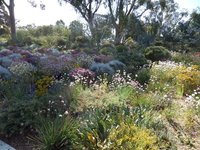 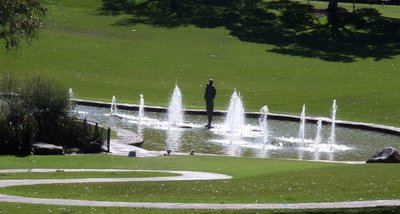 The panoramic views of the city and Swan River are spectacular 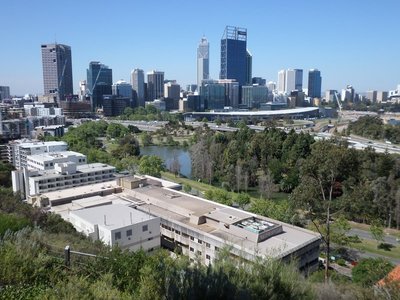 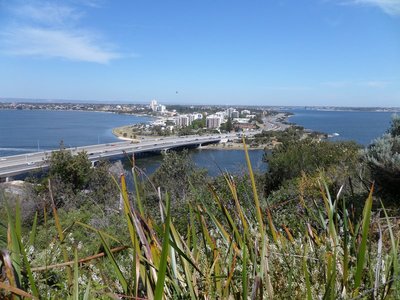 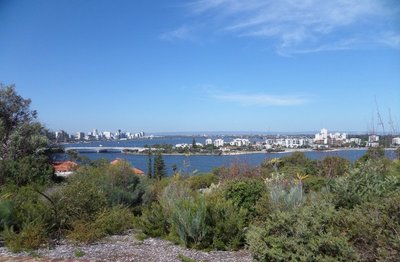 and there is a treetop walkway that raises these, quite literally, to another level. 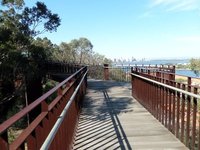 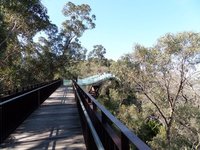 I spent the entire afternoon immersing myself in as much of this fabulous nature as my feet would allow and then made my way down into the city to catch the train back to Fremantle.
A couple of days later I went back into the city to visit the Cultural Area and specifically the WA Museum and the Art Gallery of WA. In terms of the museum it was another great disappointment. There was an interactive area for children, a temporary exhibition on 'The Secret Life of Suitcases' a small gallery with information about the marine environment and three galleries full of stuffed animals, birds and butterflies (well the butterflies weren't stuffed but you know what I mean). If you are a fan of taxidermy you might appreciate all this but personally I think there are far better ways of learning about extinct animal life. To be fair the museum is also undergoing a major re-development programme at a cost of $428 million with planned spaces 'informed by public consultation' and a 'delivery' date of 2020 so perhaps it will be worth going to after that. On the upside there is a small but quite good museum shop (outside and around the corner) and a cafe called 'The Muse' that has a pretty little 'secret garden' type outdoor seating area which is perfect on a hot day. 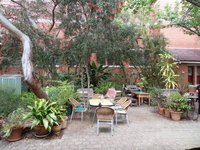 The art gallery is an unattractive cubist structure but it's internal spaces are light and bright and there are some very realistic and thought provoking exhibits. 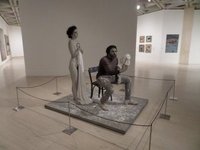 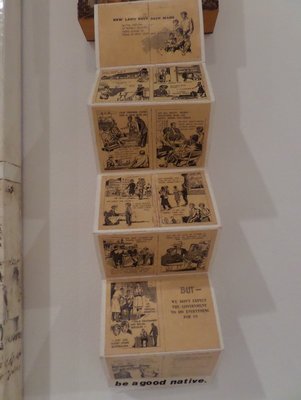 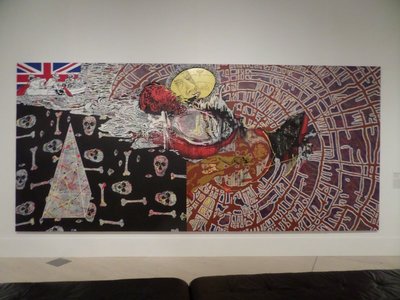 There are also many examples of purely beautiful artwork and I certainly had a few 'wow' moments. The building incorporates the old police courts and it's basement area contains a couple of cells and the courtroom just as it was when in use. 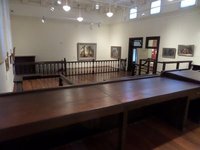 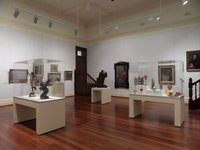 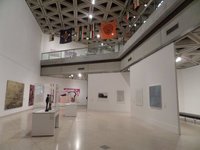 As the schools have been on holiday for the last two weeks the outside spaces of the Cultural Area were playing host to 'Awesome' an international arts festival designed for children from 0-12 and their families and I can imagine that this colourful event has been well attended and appreciated. 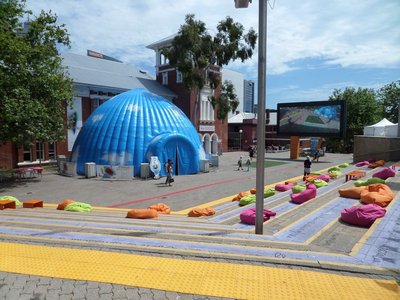 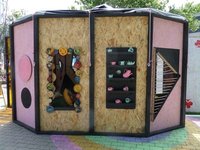 So, those were my two days in Perth City, and I don't feel the need to spend any more time there. There is a huge amount of wealth in this area (with some land values along the river currently at $2,000 per sq metre and one home having been sold in 2009 for $57.5 million) but it is hard to know where the wealthy spend their leisure time. There are some very high end designer shops in the city centre but no obviously exclusive eating or partying venues and even a search of google didn't turn up anything. Perhaps the entertaining goes on within the privacy of homes or aboard yachts. There are, according to our ferry guide, 69,000 registered motor boats in Perth and who knows how many sail boats and I suppose that if you can afford to pay for this kind of apartment 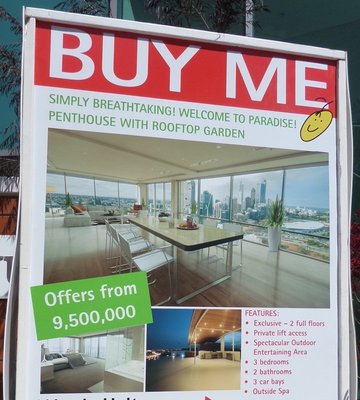 you might want to show off the views to as many of your friends as possible.
Visiting Perth has ticked another travel box for me but would I recommend it? No. At least not until re-development is finished. The media gallery of the 'getthebigpicture.wa.gov.au' features some pretty impressive images for the various re-development areas and I'm sure that once these are completed Perth will look, and feel, like a very different city. Walking around Perth at the moment it is hard to believe that some of the completion time frames will be met and until they are, as far as I am concerned, it is not worth visiting this 'most isolated capital city in the world'.